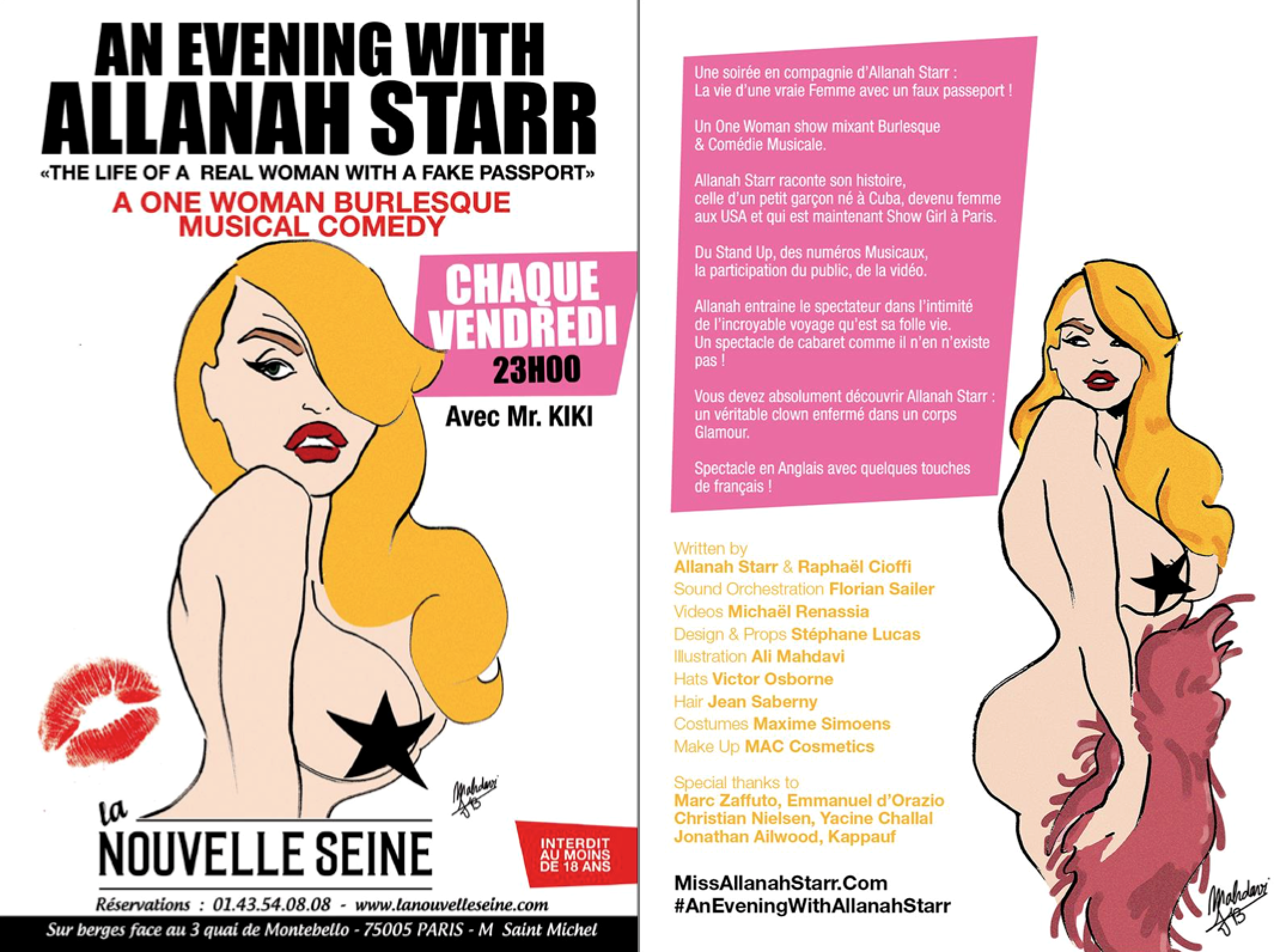 An Evening With Allanah Starr: The Life Of A Real Woman With A Fake Passport is a one woman show first presented at Paris’s legendary Rasputin nightclub. A burlesque musical comedy that tells the life story of Allanah Starr; a boy born in Cuba made woman in America. Using musical numbers, monologues, show and tell techniques, and audience participation- Allanah takes you on her journey from political refugee, living in America, club kid during Miami’s ‘Versace Years’, transition to woman, career as a porn actress, and finally becoming a showgirl in Paris. A cabaret show like no other, Allanah dares to bare it all literally and figuratively in a laugh out loud, moving, intimate portrait of someone who has led a truly authentic and eccentric life. She IS a clown in a glamorous body!